Did you know that in the Amazon, if deforestation reaches 25% of the biome, the damage to the forest will be irreversible? As illegal mining and deforestation practices continue to ravage the Amazon region, one paddler decided to do something about it. Here is her story:

Roberta Borsani of São Paulo, Brazil launched an expedition in September 2022 to explore the Legal Amazon Region on her stand up paddle board. The focus of her trip was to reinforce the urgency of de-escalating activities that destroy this essential forest and offer a voice for those who live within its shade.

"I heard reports about how deforestation and illegal mining are having a profound impact on local communities, ranging from increasing the cost of living in the region and making it impossible for locals to support themselves on account of mercury-polluted rivers, to forcing them to leave their land," Roberta warns.

The Amazon Rainforest covers much of northwestern Brazil and extends into Columbia, Peru and other South American countries. It is the world’s largest tropical rainforest, well known for its unmatched biodiversity. Researchers purport that this territory holds the highest level of plant biodiversity on the planet with one study showing that a single square mile of the Amazon rainforest can contain 90,790 tons of vibrant plant life. Most of the rainforest (54.8%) is contained within the borders of Brazil.

The Brazilian paddler’s initiative to explore the Legal Amazon Region is part of The SUPtravessias Project, which celebrated its 10th anniversary in 2021. This environmental project’s purpose is to explore multiple islands around the world from a female paddlers point of view on her SUP with a strong focus on sustainability, sports, and the critical nature of our world’s oceans for the health of the planet.

Surfing the Pororoca in Maranhão

Roberta's trip included two stops. The first was São Luís, in the State of Maranhão, where she surfed the famed ‘pororoca’. In this region, a natural tidal bore is created by the coming together of waters from the Mearim River and the Atlantic Ocean to generate a large uninterrupted wave. The name 'pororoca' has its origins in the indigenous Tupi language and can be translated to mean 'the great roar'.

This name stems from the qualities of the area’s tidal bore when, during new and full moons when the ocean tides are highest, water flows in from the Atlantic Ocean to the point where the Amazon River’s flow reverses (along with its tributaries) creating a water bulge that travels upstream often with great force, forming a tidal bore with an audible noise. The wave created under these conditions can reach up to 4 meters (or 13’) in height and travels as much as 800km (500 miles) inland upstream from the force of the push from the Atlantic.

The wave has become popular with surfers as a novelty experience and challenge. Starting in 1999, an annual championship has been held in Sao Domingo Campim on the adjacent Guama River. Unsurprisingly, surfing the Pororoca can be especially dangerous, as the water carries large amounts of debris being carried up the river - often including entire fallen trees - in addition to other dangerous fauna. In 2003, Brazilian surfer Picuruta Salazar won the event with a record ride of 12.5km (7.8 miles) lasting 37 minutes.

"The pororoca is the result of the connection between the ocean, river, tides, and the changing of the moon. It is a representation of how everything on our planet is interconnected and how one-off actions have a far-reaching impact. This is why I chose to surf this very special wave at this moment", explains Borsari.

This was not her first encounter with a tidal bore wave. In 2011, Borsari was the first woman to tackle a ‘pororoca’ in a kayak. That expedition took place on the Araguari River, in the State of Amapá. However, this supreme tidal phenomenon ceased to exist in 2015 after the construction of three hydroelectric dams, the opening of canals, and the degradation of land caused by the trampling of buffaloes in the area upset the natural conditions that created this water phenomenon.

The second leg of Borsari’s journey for The SUPtravessias Project included exploring the river islands of the Amazon Region, within the state of Amazonas, by paddling on the Negro River and its tributaries. She made a point of stopping to engage with local communities and indigenous tribes along the way.

"When you visit this magnificent region, you get a sense of the forest’s grandeur and significance. It is self-sufficient for the entire life cycle. The forest provides everything from food to medicine. I was able to live with the riverside dwellers and get acquainted with their extraordinary culture and knowledge of the forest", states Roberta.

According to figures from the Institute of People and the Environment of the Amazon (Imazon), the Legal Amazon Region encompasses an area of 5 million square kilometers and covers 59% of Brazil’s entire territory. If this area were a country, it would be the world’s 6th largest in terms of land area. This essential region also represents 67% of the planet's tropical forests and 20% of the world’s fresh water. To say it is important is a gross understatement.

"To paddle with freshwater pink river dolphins and get to know the Cipiá tribe along with the knowledge of the riverside dwellers was an incredible experience. I return with loads of stories to tell. It should be borne in mind that if the deforestation percentage reaches 25% of the biome, the damage to the Amazon forest will be irreversible. We are all responsible for the preservation of our forests and oceans. Our attitudes and daily choices can, indeed, result in something better for the planet", concludes Roberta.

The ‘Arc of Deforestation’ within the Amazon lies within the eastern and southern borders of the biome. As of 2018, about 17% of the Amazon biome in Brazil had been deforested due to human activities (settlement and the development of land). Researchers suggest that upon reaching about 20-25% (about 3-8% more), the region will reach a tipping point to flip it into a non-forest ecosystem, a degraded savannah in eastern, southern and central Amazonia will be reached. This would result in the greatest loss to biodiversity and - as yet - undiscovered species known in the history of man.

With more than 20 years of experience in adventure sports, Roberta Borsari is among the pioneers of women in Brazil in sports such as rafting, Hawaiian canoe, paddling rapids, kayak surfing and stand up paddleboarding. Her rich career includes titles, expeditions, lectures, articles, as well as national and international achievements.

She is 3X Brazilian champion in rafting, champion in the first Hawaiian canoe race held in the country, accomplished the first OC-6 canoe crossing in Brazil, and held a place of honor in the Top 10 of world kayak surfing for ten years, as well as other sporting accomplishments.

Borsari is also a member of the Women's League for the Oceans. This movement brings together women from different professions who share a connection with the oceans and fight for their preservation. 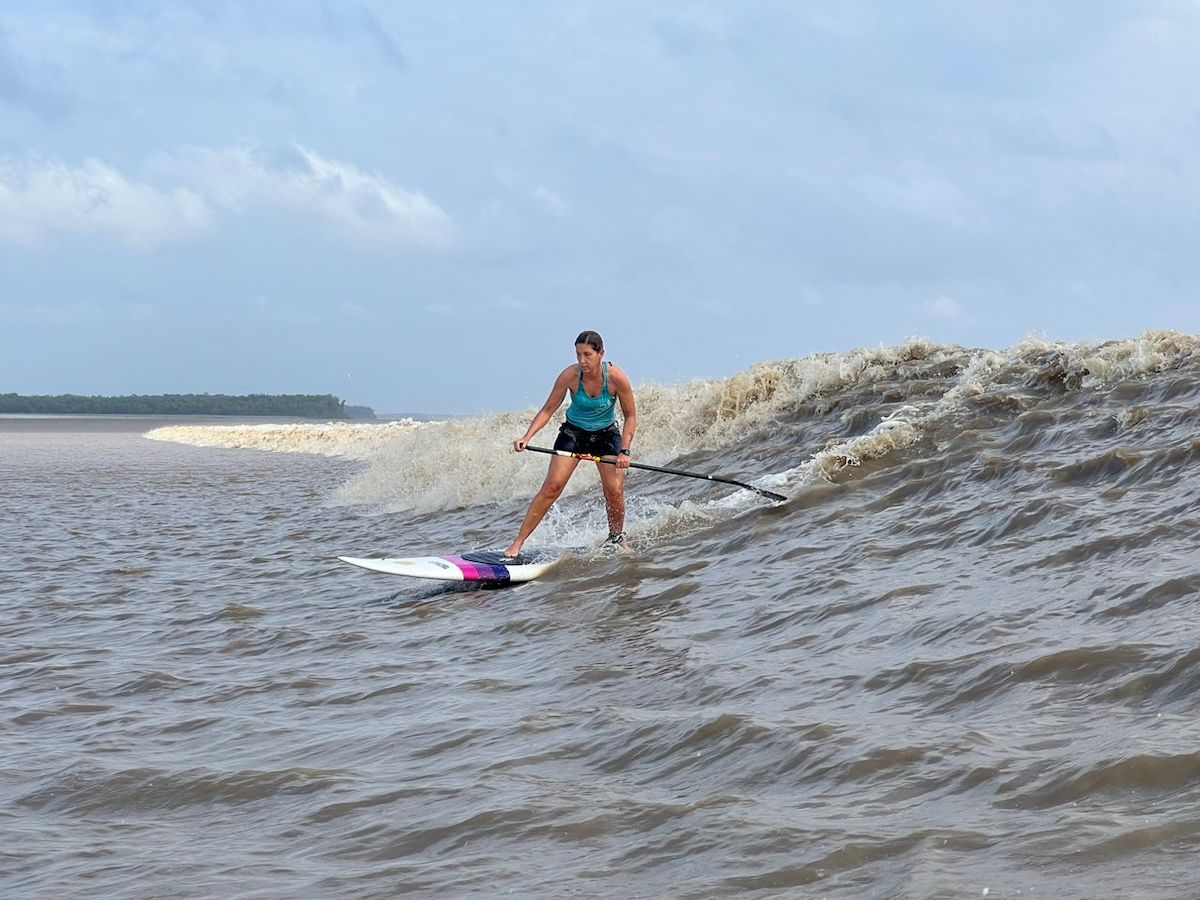 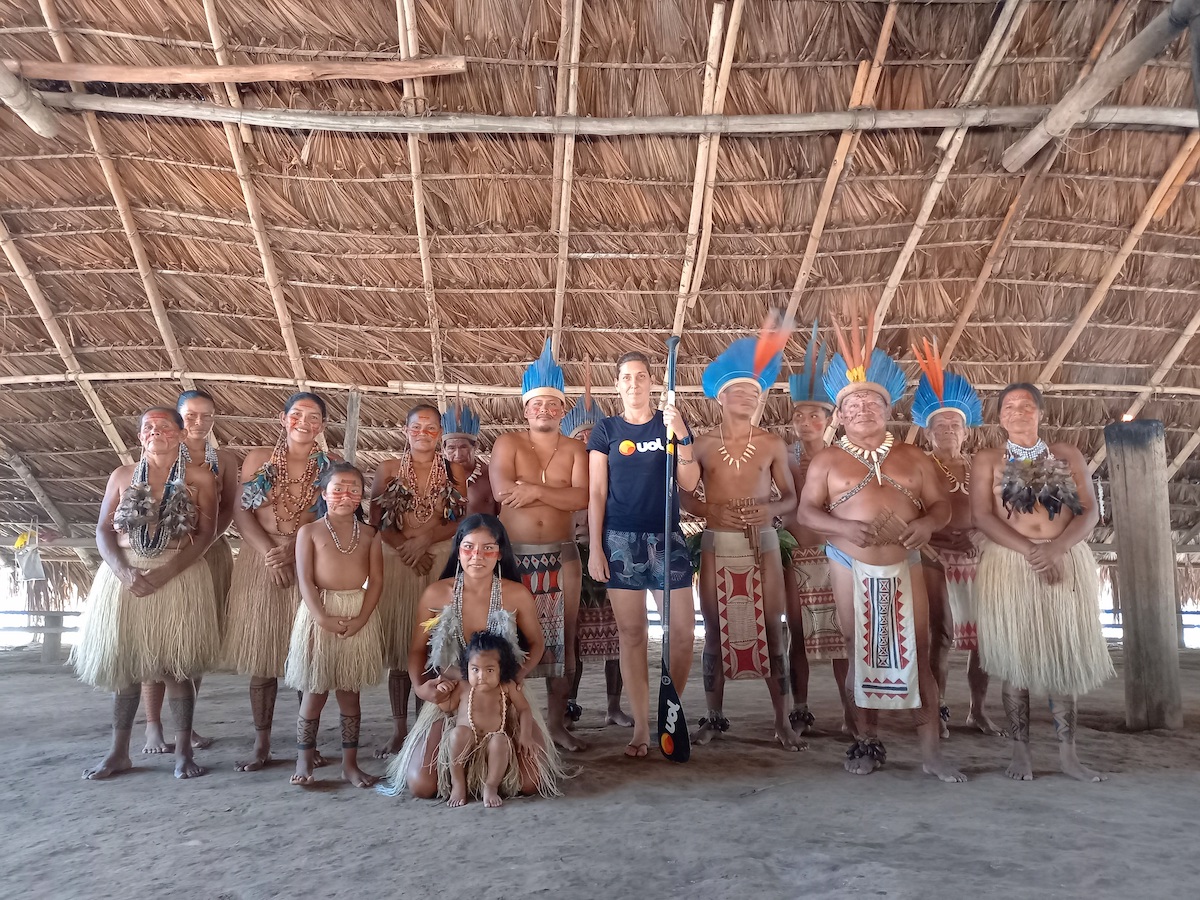 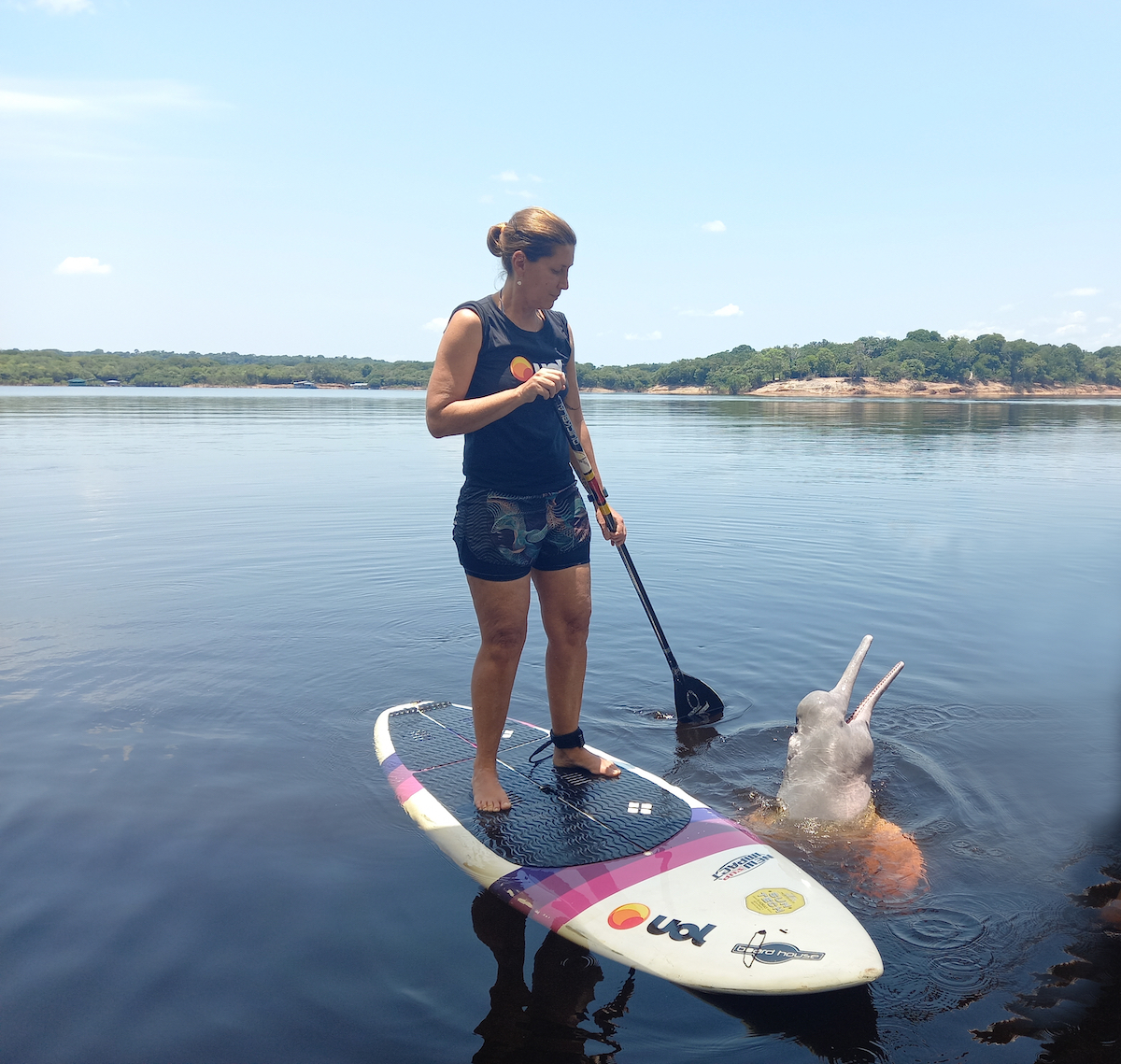 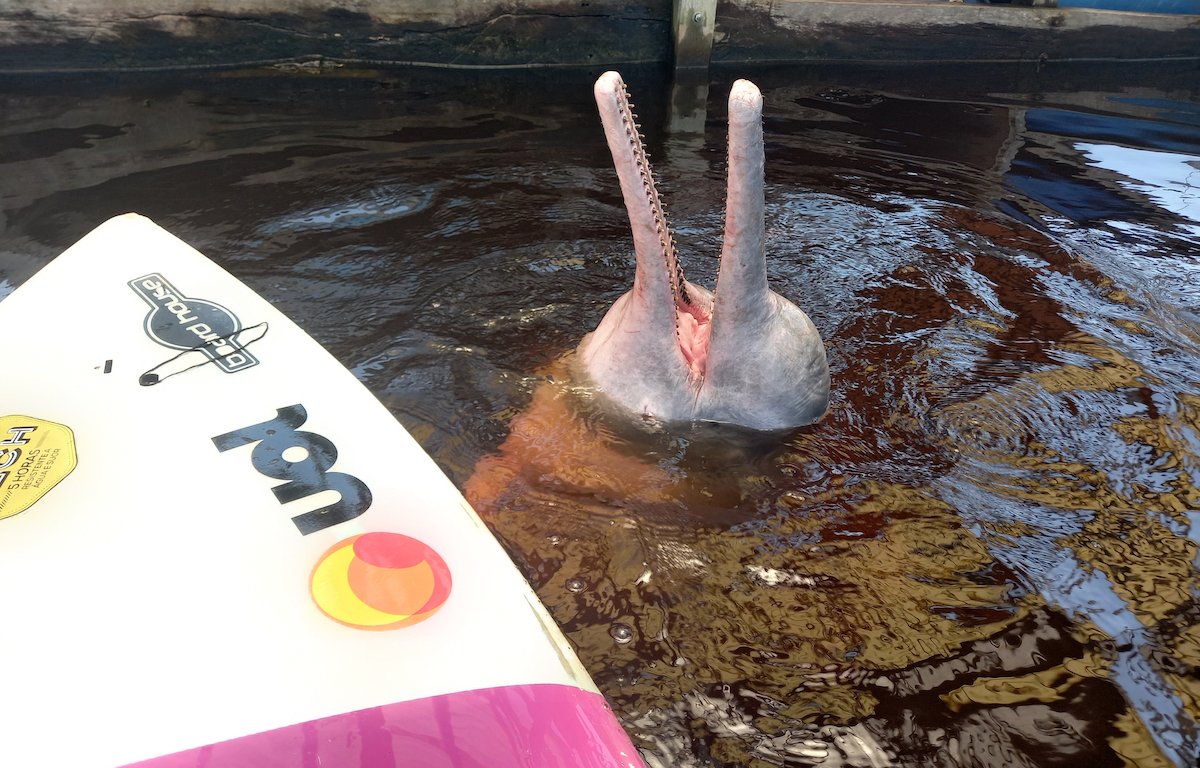