More than a decade ago, while planning a two-week SUP expedition along the exposed outer coast of Vancouver Island, I sought a board capable of carrying heavy loads, something designed to navigate both swell and chop yet move efficiently through flatwater. After an exhaustive search, I concluded nothing matched the bill. There simply wasn’t a serious expedition paddleboard on the market at that time. With no other option, I ordered a 16x32 inflatable tandem paddleboard, glued a matrix of d-rings across the deck, and set off into the unknown.

The 450-liter beast raft could easily manage my 100 pounds of kit, but it was a pig in crosswinds and sluggish on the flats. During the long paddling days that followed, I often found myself pondering: If I could build the expedition SUP of my dreams, what would it look like? What would be the critical design elements? Where might efficiencies be gained?

During the years that followed, as I tackled increasingly longer and more challenging wilderness SUP journeys, I experimented with a variety of boards described by their manufacturer as ‘Touring’ models. Most offered relatively stable platforms, although none had nearly enough tie downs to secure a week of food and gear. The majority appeared designed to carry a day pack and water bottle, nothing more. Despite the fact expedition paddle boarding was exploding in popularity, board design had clearly not caught up. So, I continued to daydream and refine my ideas.

In 2018, when Starboard invited me to join the Dream Team, my top priority became combining my wilderness paddling experience with their team’s depth of design knowledge to create the world’s very best Expedition SUP—a purpose-built board meant to excel on long, wilderness trips and remote coastlines.

I suggested we begin with the legendary All Star made by Starboard. Years of meticulous refinements had already created a board of serious pedigree and proven reputation—not to mention several World Championships. What if we added a few inches of width, increased the nose thickness, and then excavated a larger dugout, capable of accommodating luggage fore and aft of the paddler? Of course, there would be many other critical details to address, but this seemed like a great place to start—with a respected and well-established all-water racing hull.

To my delight, Svien Rasmussen (Starboard founder) and Ollie O’Reilly (Starboard SUP Product Manager) agreed. Together we embarked on a design process that would last four years, right through the pandemic, and over many generations of prototypes.

To start, shapers at Starboard’s Taco Lake Headquarters in Thailand created two test models, one based on a 14x28 All Star, and the second built up from a 14x28 Touring board. Both had thickness added to the deck, and cavernous dugouts carved out. Soon, tantalizing photographs began arriving via WhatsApp. While the prototypes looked impressive, neither possessed the requisite stability for true adventure paddling, so more foam was added for width, turning each of them into 14x30 models. After many more months of tweaks—adding a little voluum here, shaving off a bit there, increasing the concavity of the hull, widening the tail--neither board felt like a home run. And because nothing goes out the door at Starboard until Svein is completely convinced it couldn’t be better, we went back to the drawing board.

Around the same time, the release of Starboard’s 2022 race lineup saw radical changes to the Sprint and the All Star models—and offered me new inspiration. We decided to experiment with a new fleet of prototypes based on the updated shapes. I was initially unconvinced that the Sprint could match the All Star’s ability to handle waves and chop. But, while the enormous All Star prototype paddled like a barge, the needle-nosed Sprint prototype felt like magic from the moment it touched the water. For a wide board, it accelerated effortlessly, and exhibited beautiful glides.

Adding thickness to the nose allowed it rise responsively over bumps, rather than plow through. Rounded rails running almost parallel through the cockpit, coupled with a wide tail, delivered exceptional stability. Early paddlers reported confidence even in the most demanding side chop. When loaded with 70 pounds of gear, the prototype remained trimmed and lively. Finally, after the race team took the board into heavy conditions, and returned with glowing reviews, we knew we were on to something special.

Next, we tackled the location of gear—critical for any expedition board. Securing bags inside the dugout offered two significant advantages. First, it lowered the center of gravity, making the board more stable. Secondly, it takes gear out of crosswinds, meaning the board can be steered with less effort. At least fifty percent of the gear should be secured forward of the paddler’s feet, so the Expedition Sprint received a massive cockpit extension, outfitted with a generous six lash points. Six additional lashing points were added in the rear of the dugout—carefully placed not so far back that a paddler couldn’t step over the luggage and find secure footing on the stomp pad, a necessity in downwind and surf landing situations.

Then it was on to other details. A pair of centerline drainage holes, along with a carefully shaped dugout floor, provide quick drainage without adding weight. Rather than using an insert-style handle (common on touring boards) the Sprint Expedition comes outfitted with a race handle. Why does this matter? It creates an additional—and tremendously useful—lashing point as gear loads increase. A triangle of bungee cord running from the forward tie down to the handle creates a perfect place to store jackets, charts, and anything else that might need quick access.

From experience, I know it is often necessary to quickly haul a fully-loaded board away from rocky, surf-strewn landings. Rather than adding handles on bow and stern (which add weight and cost), the nose and tail were instead given slightly sharper edges, making it easy for wet, cold hands to securely lift the board—one paddler up front, another at the back. Finally, a tuttle box was installed (forward of the main fin box), allowing a daggerboard to be inserted, for times when extra stability is essential.

When the first production model arrived at my Canadian lake house in late summer 2022, I was frothing to tear the box open. Inside lay a gorgeous carbon board, outfitted in the distinctive blue and red of Starboard’s race line. But the moment I’ll never forget was standing on the Starboard Expedition for the first time, and slipping away from the dock. Not only did the board glide effortlessly, but it felt rock solid underfoot—such a rare combination.

Of course, I’m immensely proud of the efforts Starboard put into creating this revolutionary board. And I’m certain, as the years pass, more refinements and innovations will come. But my greatest hope for the Starboard Expedition Sprint is that it can bring more attention--and ultimately introduce more enthusiasts--to the boundless joys and wonders to be found while exploring our planet’s wild waterways atop a SUP. 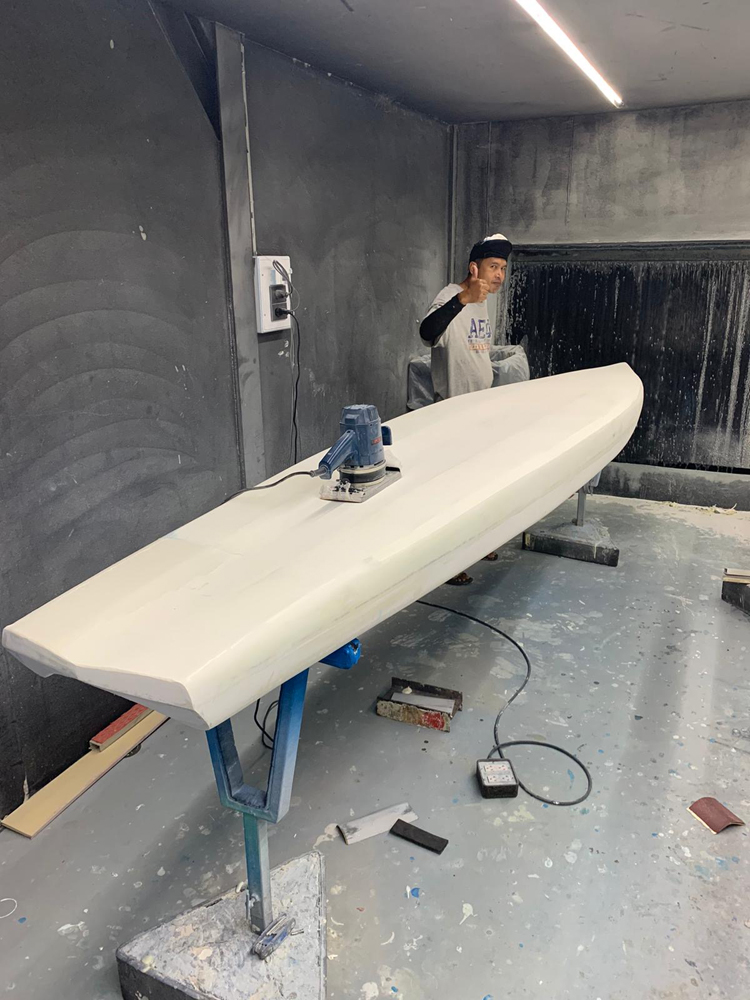 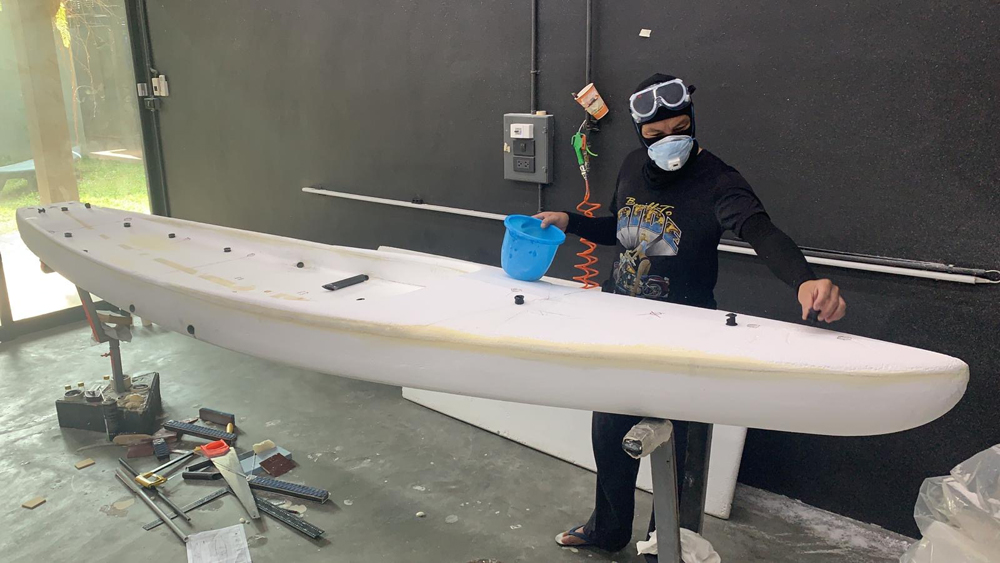 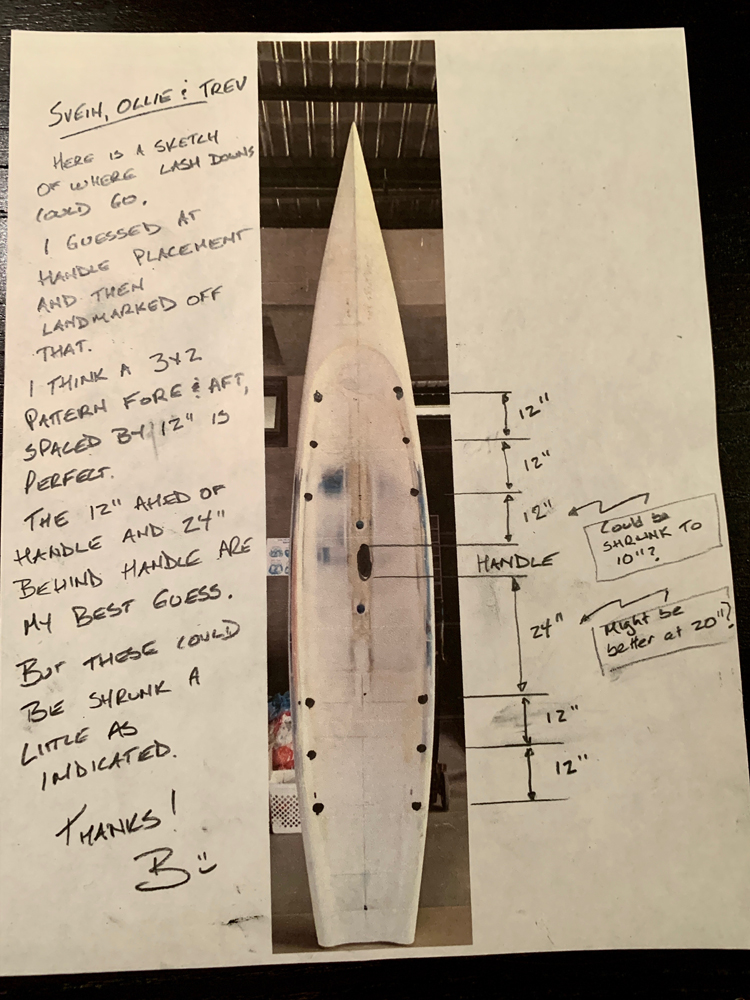 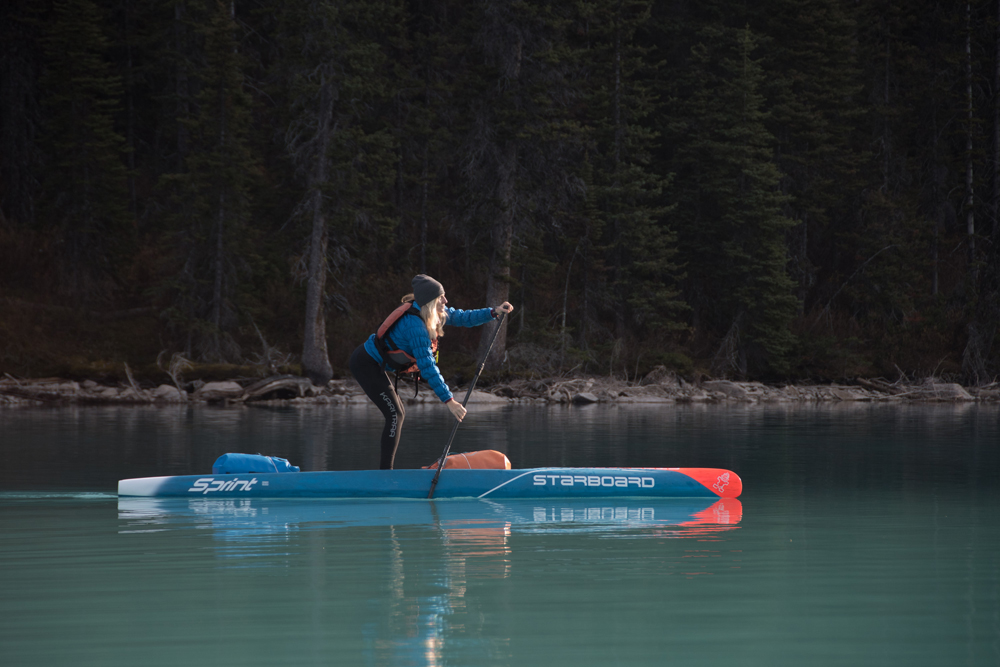 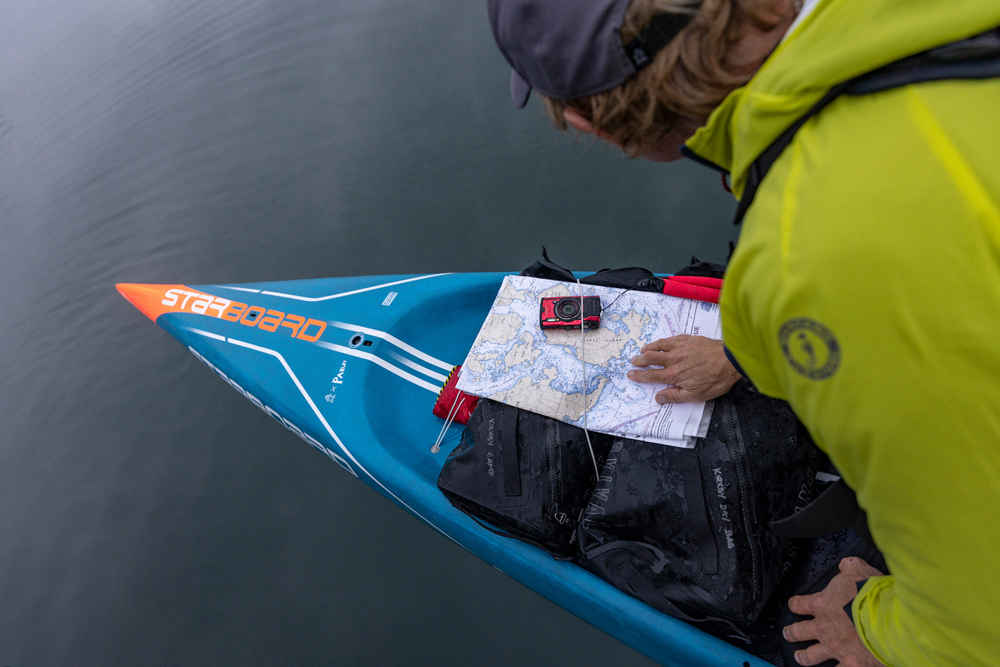 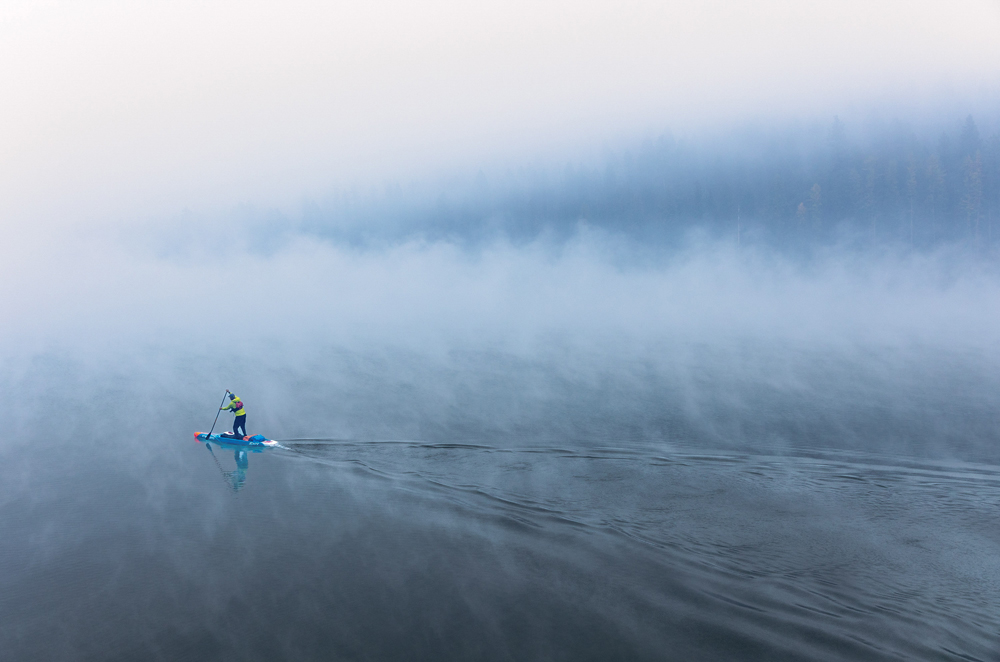 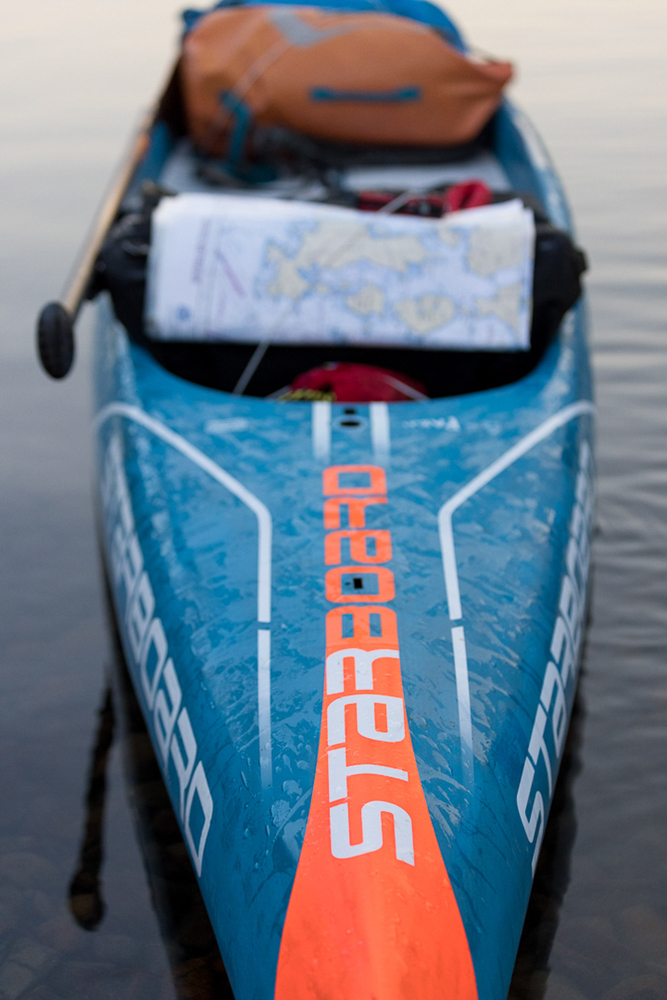 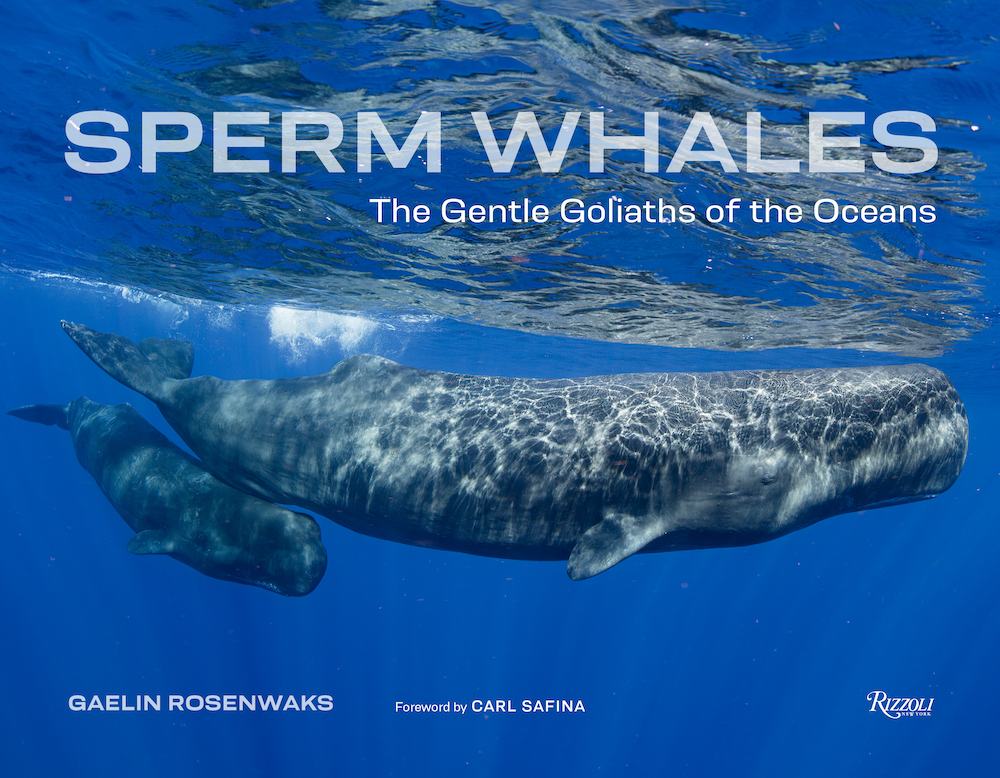