Chris Bertish left the coast of Santa Cruz on May 31, 2022 to launch his wing foil expedition for the Hawaiian islands. This expedition, known as The TransPacific Wing Project is the world's longest wing foiling attempt as he heads for Honolulu over the next 50-60 days.

Watch the video to see the depth of planning for wind and currents as well as Bertish's backups for safety procedures on the solo and unsupported wing foil expedition.

Chris Bertish Back to the Ocean in TransPac Wing Project

No stranger to open ocean crossings, Bertish relived his solo SUP crossing of the Atlantic Ocean in the recent release of his film, "Last Known Coordinates".  Now, this big wave surf champion, transatlantic paddler, motivational speaker and yachtsman will be navigating his radically redesigned wingcraft across a distance of 2,550 miles of open ocean to collect data for marine research and set the first world record for longest wing foil crossing.

The new-and-improved wing foil craft (a.k.a. ‘ImpiFish’) is powered solely by wind, solar energy and hydropower to be carbon net-zero. This expedition requires Chris Bertish to complete the equivalent of more than two full marathons per day. He will wing foil a minimum of 8-12 hours per day over sixty days time. Bertish will be completely solo and unassisted until he arrives at the Hawaii Yacht Club in Honolulu, Hawaii around the end of July or beginning of August 2022. 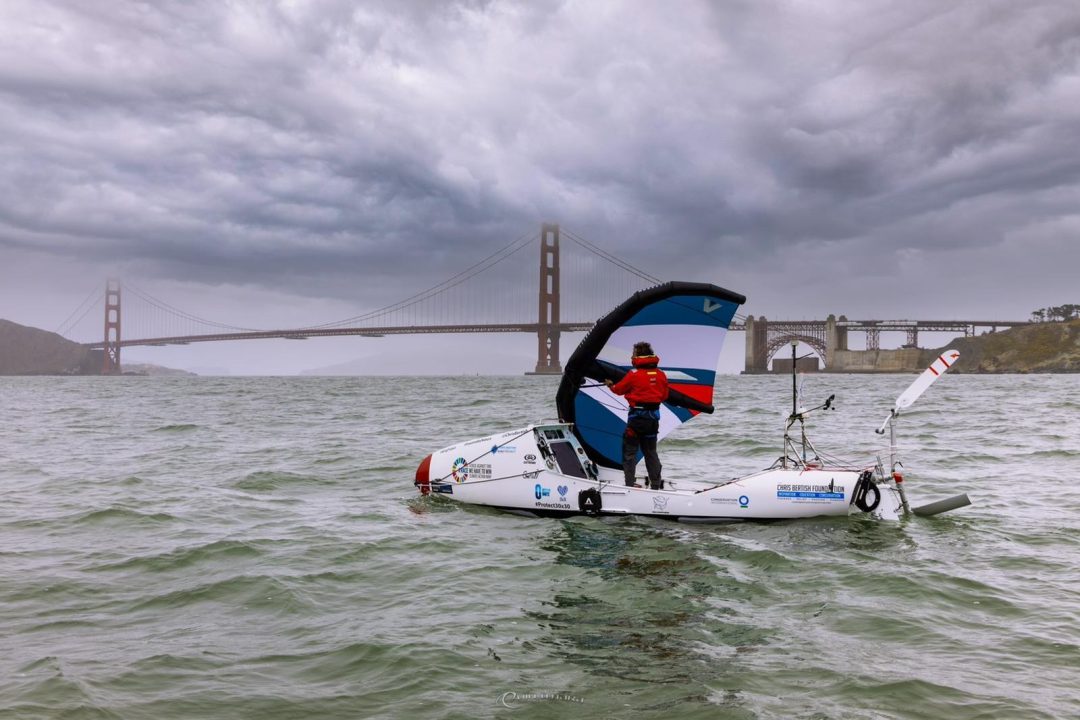 Bertish tests & retests his equipment aboard the ImpiFish in San Francisco Bay before launching for Honolulu. Photo by: Quin O'Hara

The mission is to raise awareness around climate change and the importance of climate action, while enriching minds with current ocean conservation data and ocean research education. The TransPacific Wing Project is raising money for ocean conservation through partnerships with Conservation International and Sea Shepherd, all facilitated through the Chris Bertish Foundation.

The Chris Bertish Foundation team is also developing a novel “Ocean in Motion” classroom session series to give back to education during the expedition. In this series, Bertish will talk with leaders in ocean conservation and share their insight on what we can do to minimize our carbon footprint, take action, and minimize our impact on the planet. 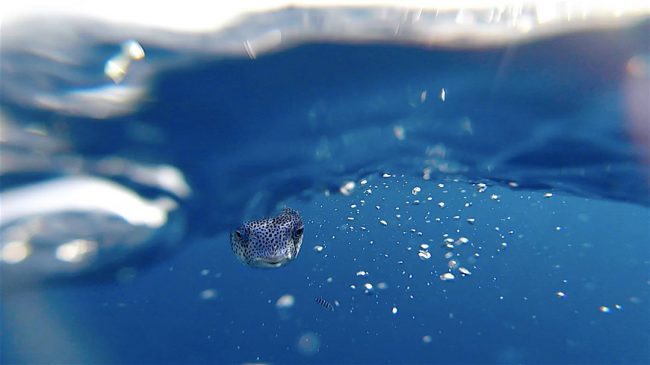 Bertish is working with Ocean Conservancy and Sea Shepard to collect data and aid research regarding ocean temps, PH levels, plastics and noise pollution while on the Pacific Ocean. Photo by: Chris Bertish

Join the Journey via LIVE TRACKER

You can track Bertish's progress in real time through his Satellite Tracking System and stay in touch with the valuable ocean temperature, PH and plastic and noise pollution data he will collect during his expedition by watching his weekly Captain's Vlogs to be posted during the expedition.

Bertish acknowledged prior to launch, “It will be a lot of work to complete the 2,550 mile journey this summer. But after all of the planning, alterations and upgrades made to the ImpiFish and our satellite systems since last year, we are stronger than ever. If we set our sights on a goal and overcome every challenge, we can get through anything.” 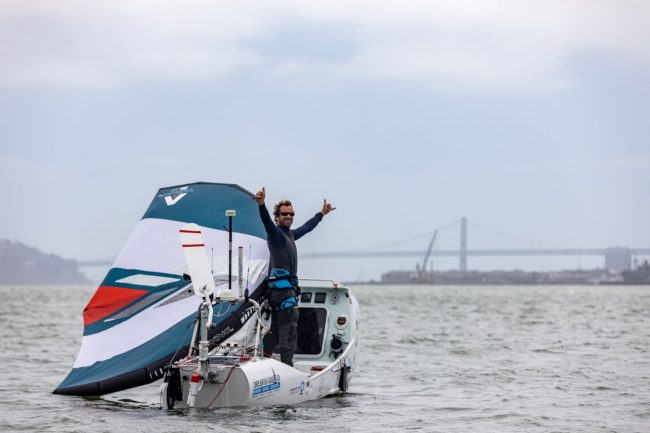 Chris Bertish has often said he is 'most comfortable' out there on the ocean. His next transpacific expedition will tell the tale. Photo by: Quin O'Hara

Chris Bertish won the 2010 Mavericks Big Wave Invitational surfing event in Half Moon Bay, California. From 2013-14, Chris set three separate Stand Up Paddle World Records. Two of those were in Europe and then his Open Ocean, 12-hour SUP Guinness World Distance Record. In 2015 he co-directed and released the acclaimed film Ocean Driven, and launched his best-selling book Stoked!

In 2017 Chris redefined adventure by stand up paddling solo and unsupported across the Atlantic Ocean. He paddled over 4,000 miles from Morocco to the Caribbean in 93 days, raising money for Operation Smile and supporting youth, education and ocean conservation initiatives.

The Transatlantic SUP Crossing won Chris the global “Expedition of the Year Award” at the 2017 US Global SUP Awards. He was also named one of the Top-100 Genius Icons, by Global Genius 100, Leaders of Innovation and Creativity, by the Einstein Institute in 2018.

His second film, “Last Known Coordinates” about his transatlantic stand up paddle journey launched globally in mid 2021. It can now be viewed on streaming platforms including iTunes, Apple TV, or on Vimeo.

Stay tuned for more from this expedition here at Standup Journal!