It’s going to be a World SUP Racing showdown on August 26-28th in Oklahoma City!  The ICF World SUP Cup will be in town and is expecting the best of the best in the world of SUP racing to be in attendance for this monumental US Tour stand up paddle event.  Get ready Oklahoma City!

Racers sprint from the start line in a recent stop at ICF World Tour event in Budapest.

It’s going to be a SUP racing showdown on August 26-28th in Oklahoma City! The ICF World SUP Cup will be in town and expects the best of the best in the world to be in attendance for this monumental US Tour stand up paddle racing event.  The ICF will run three full race courses:  Long Distance, Sprint, and Tech.

Tickets to both the World Party & the Red Bull After Party,

Board Storage for every participant!

IN ADDITION: Multi-time World Champion Connor Baxter will offer one of his professional clinics on SUP racing style and technique on one day of the festival. 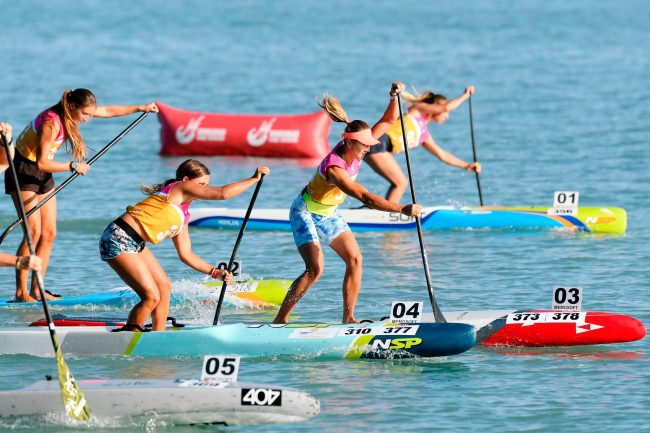 All races include a Junior, Masters (45+) and Open division so paddlers of every age, rank and ability can join the fun in Oklahoma City!

Stand up paddlers can compete in one of three divisions:

Here is the breakdown:

Overall winners for each the Men & Women will receive a fully funded trip to ICF World Championships in Gdynia, Poland September 7-12!  Now, THAT’s a party! 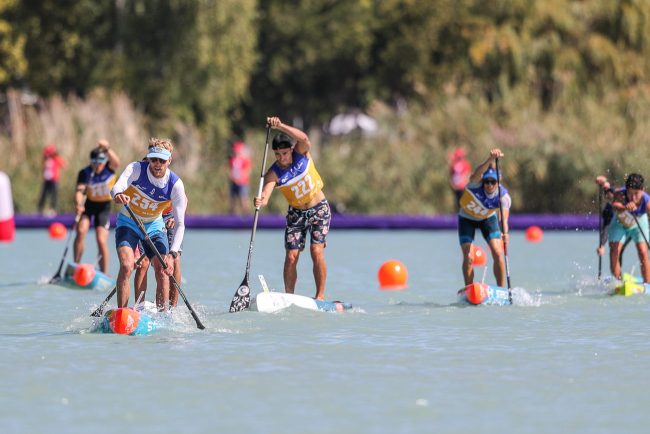 World Champion racers compete to be best in the field of SUP racing at the ICF World SUP Cup event in Balatonfured 2021.

Competitors will get warmed up at the opening bash World Party on Friday, August 26th from 7-10PM. This exciting multi-sport event will consist of opening remarks from city officials of Oklahoma City and the International Canoe Federation. Count on getting jiggy with the tunes from a DJ provided by Red Bull. The party ends with big fireworks!*

On Saturday, August 27th: Participants will also celebrate at the Red Bull after-party at the Cowboy Ranch nightclub and is open to all participants of Red Bull Rapids, SUP World Cup and Super Cup.*

*Registration to the SUP World Cup gives participants access to both events!

For INFORMATION on lodging, city, transportation on RiversportOKC website: 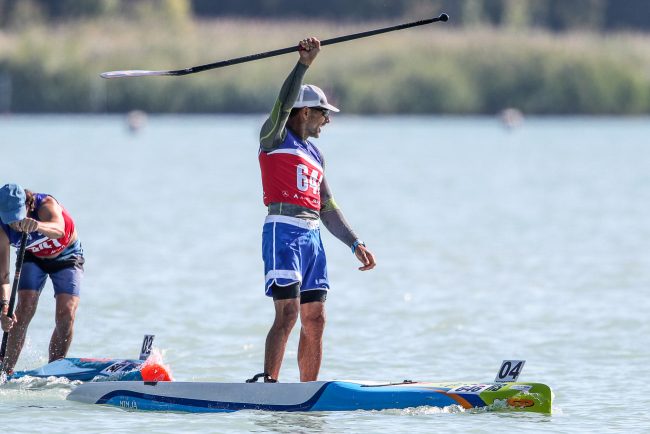 Celebrating a win on the ICF Tour means standing tall among the best in the world. See you in OKC on August 26-28, 2022!

ICF Continental and SUP Coordinator Hoichan Kwan says, “The thing I’m most excited about is that we are putting some of the SUP races on Eurosport which is the equivalent to ESPN in Europe. I don’t know if SUP racing has ever been on a major international network before. Local organizers are also in talks with national networks to see if they will show the event as well. This is a big moment in professional stand up paddling!”

Time to put SUP racing and the ICF World Tour on the map and media!  Get ready for one big showdown! 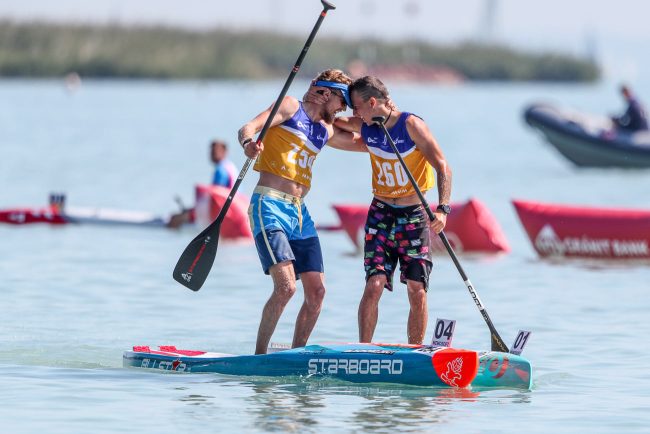 Get ready for another showdown between the world's fastest SUP racers in Oklahoma City! Connor Baxter and Noic Garioud share a moment at the finish in 2021.

ICF BOARD RENTALS & STORAGE in Oklahoma:

I Need to Rent a SUP: https://forms.office.com/r/iKAx3wFn3z

I Need to Store my SUP: https://forms.office.com/r/VMcSgG9KRJ

I Have a SUP to Rent: https://forms.office.com/r/q0hU5ytCYT

See you all in OKC, paddlers!  Get ready for one big SUP racing event.  Thank you, ICF!