Water cinematography and activism make a potent pair. Two filmmakers share what it takes to surrender to the elements in pursuit of the perfect shot and how what they make can influence society for the better.

Filming the ocean enables the impossible — capturing the ever-changing moment and immortalizing it to inspire others. Cinematographers Amanda Prifti and Grant Thompson make a living doing just that, shaping perspectives and championing messages of empowerment with their striking human interest films. Achieving this end is no small feat and involves ingenuity, creativity, and sustained passion, which both possess in spades.

Prifti, who is based in coastal Rhode Island and who co-founded SeaSisters Sri Lanka, a social enterprise that empowers local girls and women using swimming and surfing as tools for social change, did not initially take to the camera, or the water, despite growing up with professional photographers as parents. However, after obtaining a Masters of Science in International Development and Management, Prifti traveled to Sri Lanka in 2018 and fell in love with the ocean, surfing, and documenting people’s lives in one fell swoop. “I discovered this new connection that I hadn’t really had before to nature and to, specifically, the ocean . . . It was a big turning point where all the dots connected.” Prifti took up photography and filmmaking to capture her evolving connection with the community there. “My first year was picking up a camera and exploring, testing, playing.”

Documenting repeat journeys to Sri Lanka led her to experiment with the very forms she grew up watching her parents master. However, Prifti soon noticed a disconnect at the beach. “Local men and tons of foreigners were surfing, but the local women were absent, missing.”

Leveraging her background in development to understand the culture more deeply, Prifti learned that traditional gender norms, as well as fear after the 2004 tsunami, were keeping women out of the water. In this liminal space between embracing a new country and observing a behavioral norm, Prifti’s social impact work evolved.

Through surfing, Prifti met Martina Burtscher and Tiffany Carothers, and together with a group of pioneering local women, created the Arugam Bay Girls Surf Club on the East Coast of Sri Lanka. It’s the first of its kind and promotes ocean sports for local women. The positive impact of this surf club set the stage for Burtscher and Prifti to start SeaSisters Sri Lanka in the South Coast, an initiative that Prifti calls “one of the best things I’ve done.” SeaSisters provides free swim and surf lessons for Sri Lankan girls and women, educates them about women’s mental and physical health and key environmental issue areas, and promotes self-awareness and friendship. As a result of this community work, there has been a “natural shift,” an observable increase in local women engaging with the water. The club enters its fourth season this November, despite an ongoing economic crisis, and Prifti hopes it will be the most impactful yet, reaching over 30 local girls and women ages 9-52.

Prifti’s filmmaking offers a lens into her “structured, orderly mind” with clean, simple frames and focused storytelling. “I have always been to-do list driven and did not see that as artistic.” However, Prifti’s natural practicality has empowered her to “enjoy the business side” of filmmaking and build her passion into a sustainable source of income. However, when she’s in the water, camera in hand, Prifti has no illusions about control. “You’re at the mercy of the conditions, adapting and making do with what is.” Prifti states that she will go into a shoot with “five things that I want” in the way of shots or scenes, and finish the day with three she planned and two that were unexpected. “It’s finding the balance between planning and spontaneity . . . If there are going to be great waves based on the forecast and you go and it's not so good, or a big storm rolls in and it shifts the lighting and the conditions that you were looking for . . . [it's about] making the best of the conditions that you get.” A perfectionist by nature, Prifti has embraced a flexible mindset when filming, which has helped her make the best of any conditions that arise. In a recent project, titled Emergence and slated for release in late 2022, Prifti follows two sisters from Huanchaco, Peru, exploring the impact surfing has had on their lives, family, and community. The project exemplifies what she loves most about filmmaking — human connection. “Someone opening their world to you is a really vulnerable, generous thing to do,” she explains.

While the immediate impact of Prifti’s work with SeaSisters is measurable — more women in the water — cinematographer Grant Thompson acts from the belief that art does not need to be “tidily tied to measurable initiatives . . . while those are still tremendously important and exciting.” Yet, like Prifti, he deeply values the interpersonal doors that open during filming.

“I am interested in human beings, and talking with human beings, and connecting with human beings,” he shares. Thompson has observed the profound effect that art has created on individuals without a specific initiative in mind. Case in point: his profile of “The Yoda - Michael Jordan of Surfing: Gerry Lopez,” which Thompson directed, filmed, and edited, and which showcases the 73-year-old cruising waves in his natural element. This portrait exemplifies what Thompson calls “verite,” or truthful footage. Using techniques including shallow depth of field and his self-sourced method of recording waterproof sound, Thompson creates an intimate study of the surf giant that has become an unexpected form of activism, inspiring not just current purveyors of surf, but those who thought their days of hanging ten were over.

“If you read the comments, there are people saying, ‘I’m 72, I’m 60, and I sold all my surfboards because I thought I was too old. Seeing this, I realized that I can still go in the ocean, and I went surfing today.’ When I hear that one or two or three people maybe think differently about their bodies and what they can do, even if they have one session in the water . . . to me, that’s the really exciting part. You’re making an impact.”

While Thompson, who is currently based in Half-Moon Bay, California, states that “the majority of my water work is yet to be done,” what he has already created is making waves in short order. Our Waters, a film directed by Josh Murphy for which Thompson provided water and additional cinematography, centers on the ongoing fight between American Aquafarms, whose intention is to build a multi-million-dollar industrial salmon farm in Frenchman Bay, adjacent to Acadia National Park, and the local fishing communities, who understand the ecological and economic devastation that will ensue if the farm is established. Parley for the Ocean, an organization that raises awareness for ocean-related campaigns, is leveraging the film via in-person and online showings in hopes of preventing the aquafarm from gaining a foothold.

“The highest value footage I ever sold was because of me being an athlete. I learned to surf Mavericks in order to be able to film the wave I want to, which involves getting as close as possible to the wave and the surfers.”

While advanced swimming ability is not necessary for filming water scenes, Thompson emphasizes that physical skill can mean big payoffs, both in terms of stunning shots and financial compensation. “The highest value footage I ever sold was because of me being an athlete. I learned to surf Mavericks in order to be able to film the wave I want to, which involves getting as close as possible to the wave and the surfers.”

Thompson’s work with the wave, in collaboration with Josh Murphy, includes the documentary A Man and the Sea, which he will continue to film into next year. The project features the legendary Mavericks surfer, Christy Davis, grappling with age and his relationship with the high-risk sport.

Despite the highs, Thompson is clear about the grit it takes to succeed in his chosen art `form, especially when it comes to filming in the wild water element. “There are so many parts of this process that are so hard. It’s about embracing what you are willing to suffer for . . . with an awareness of what you love and what energizes you.” 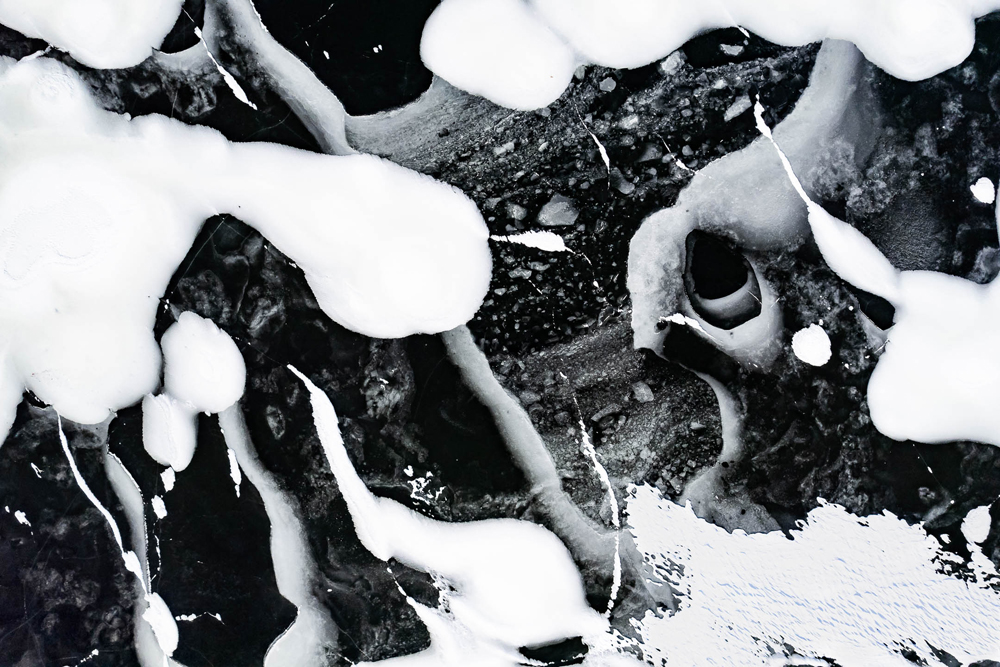 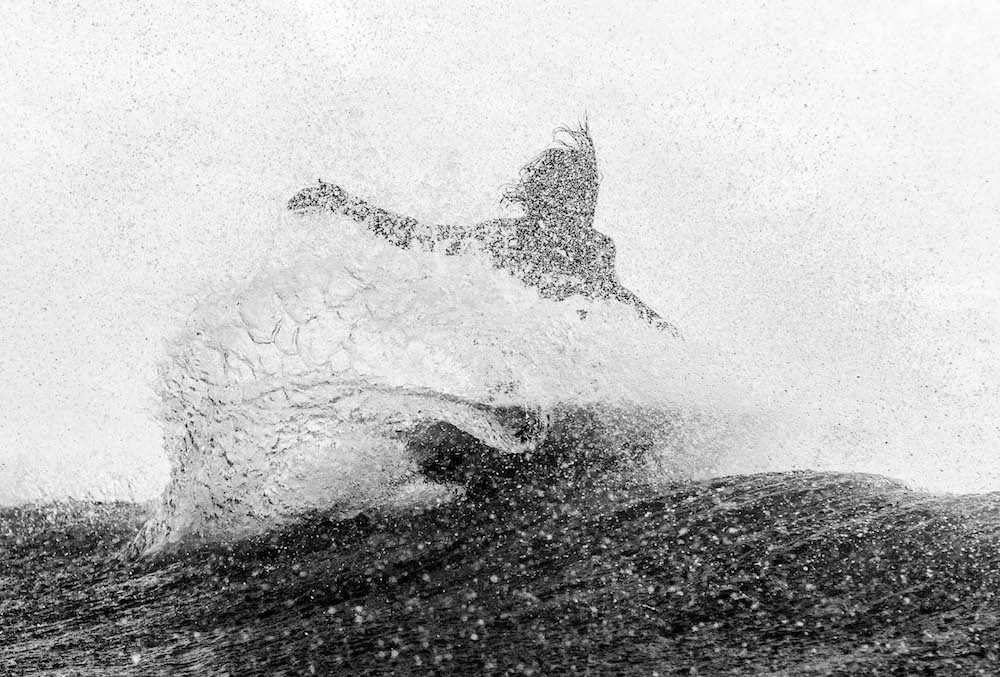 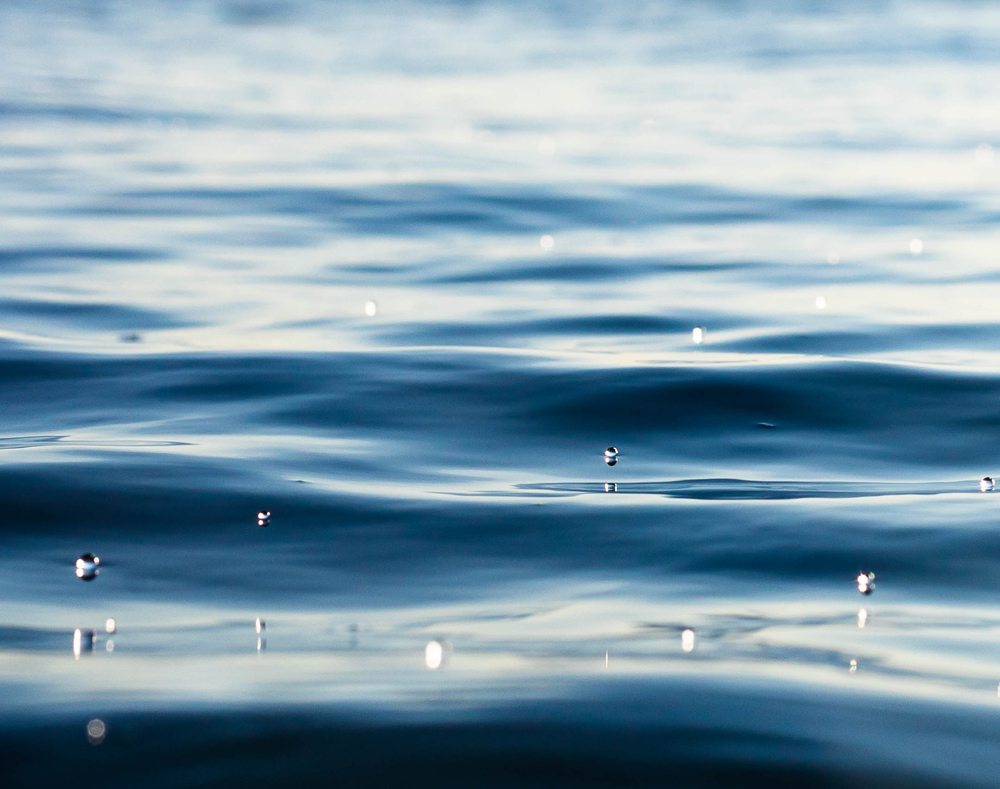 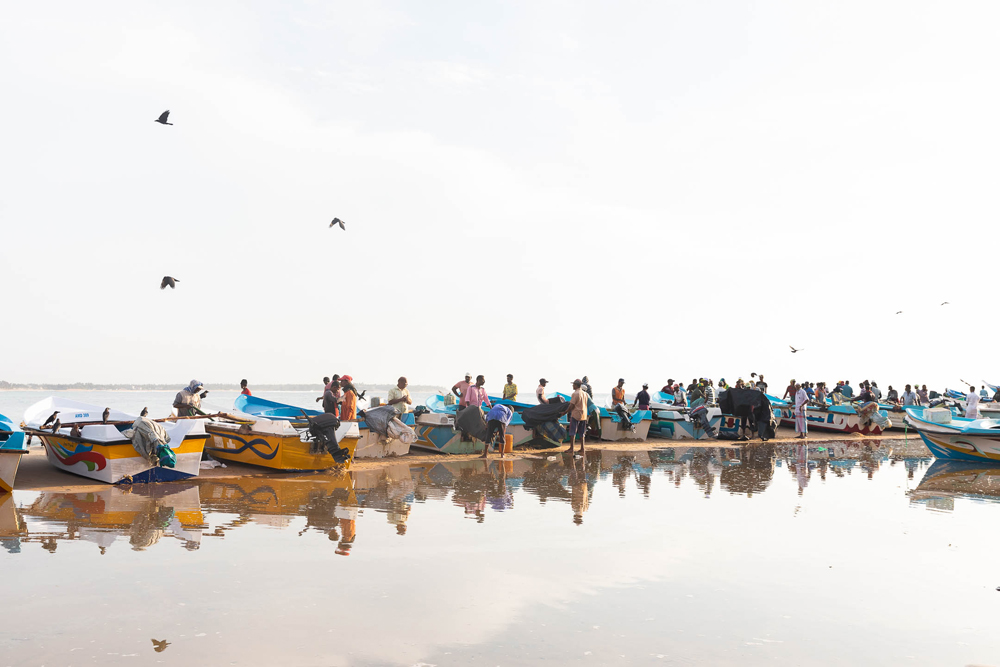 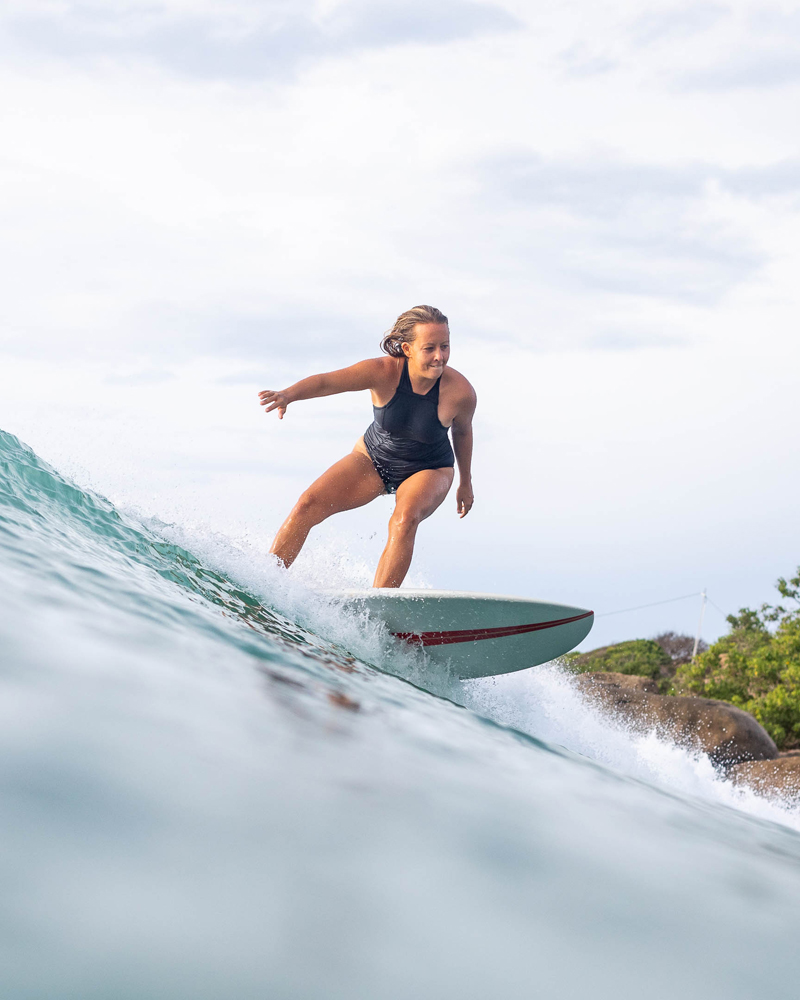 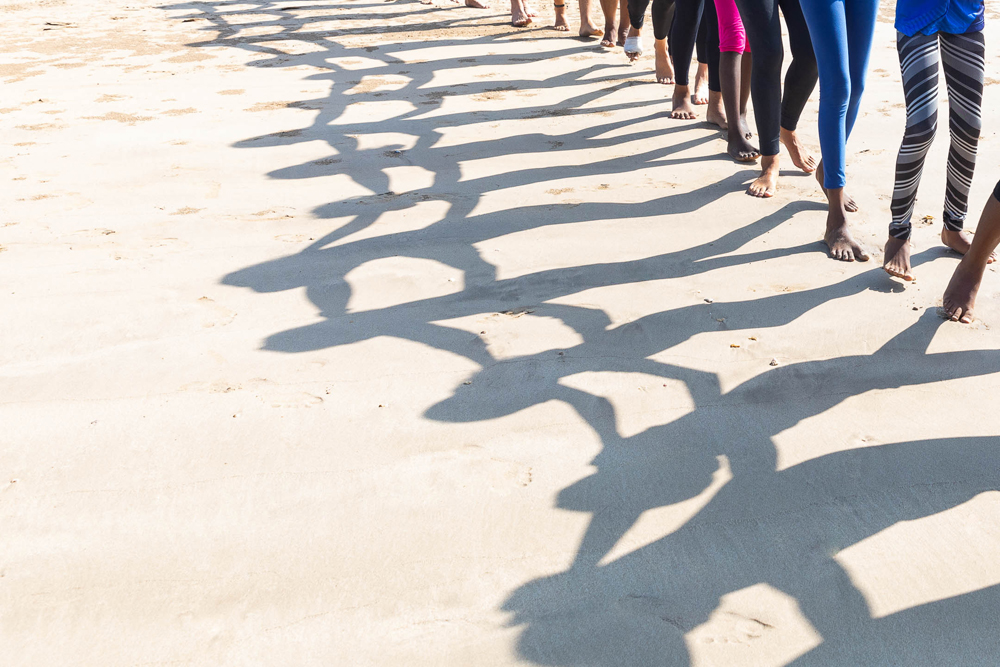 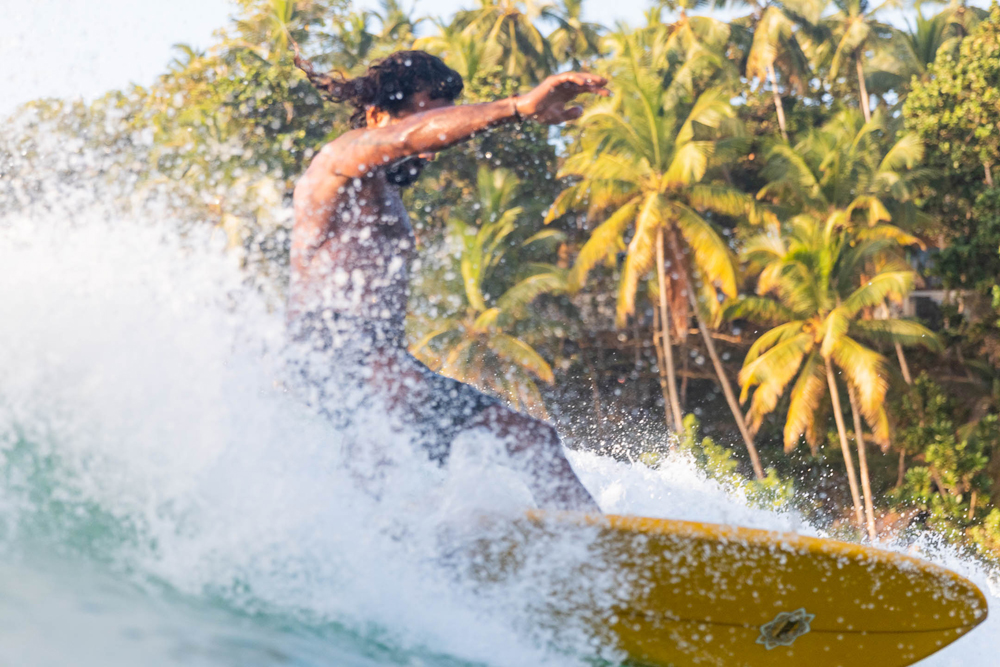 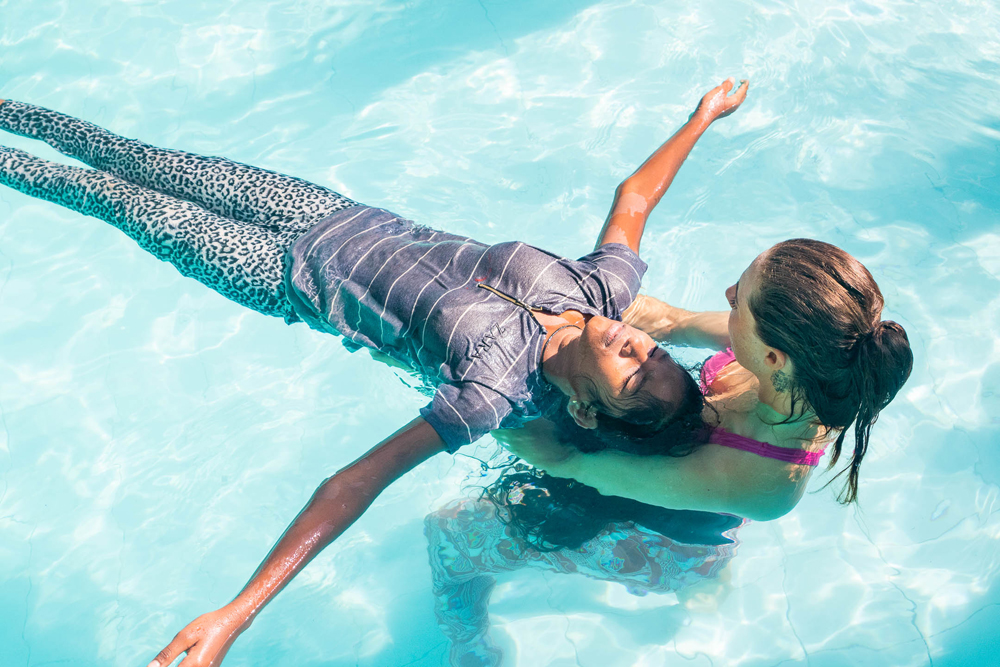 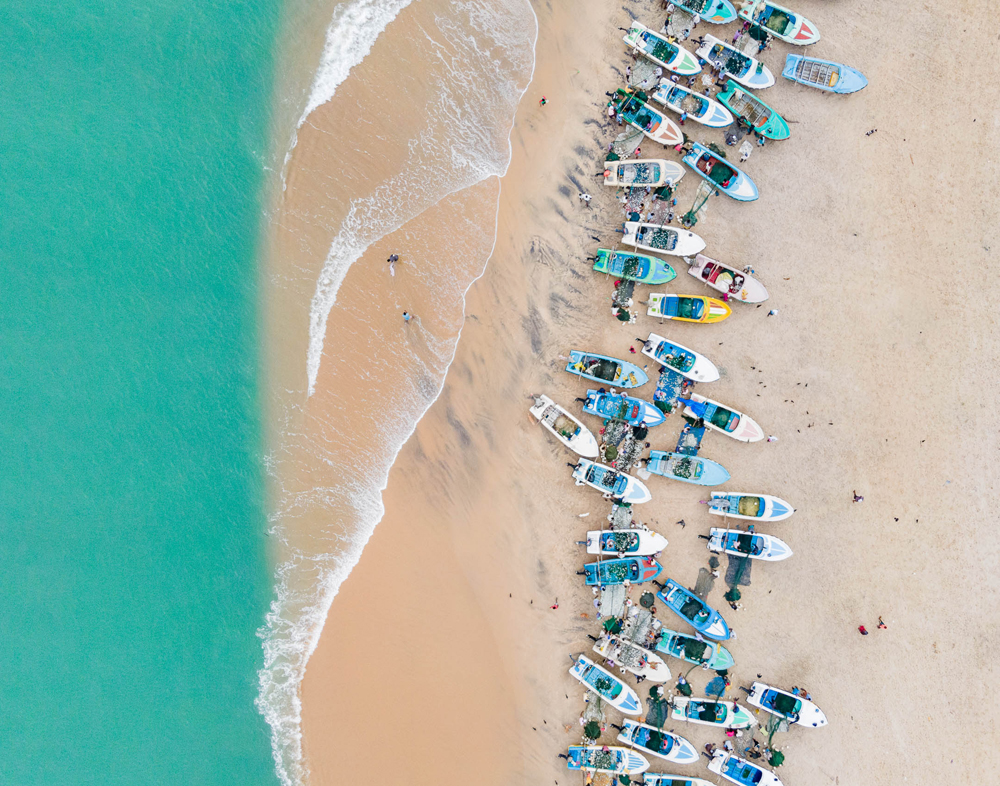 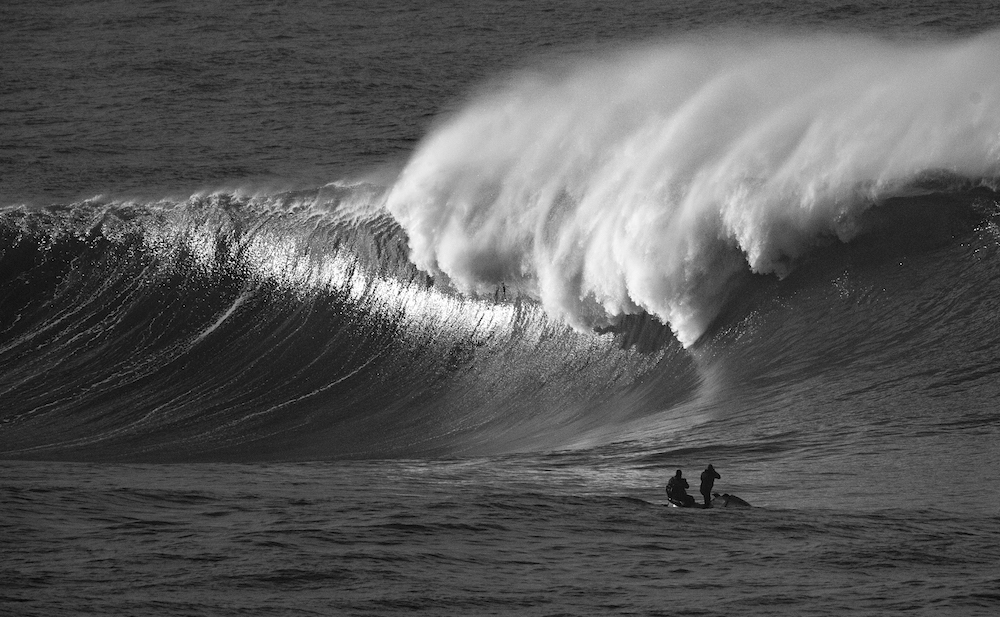 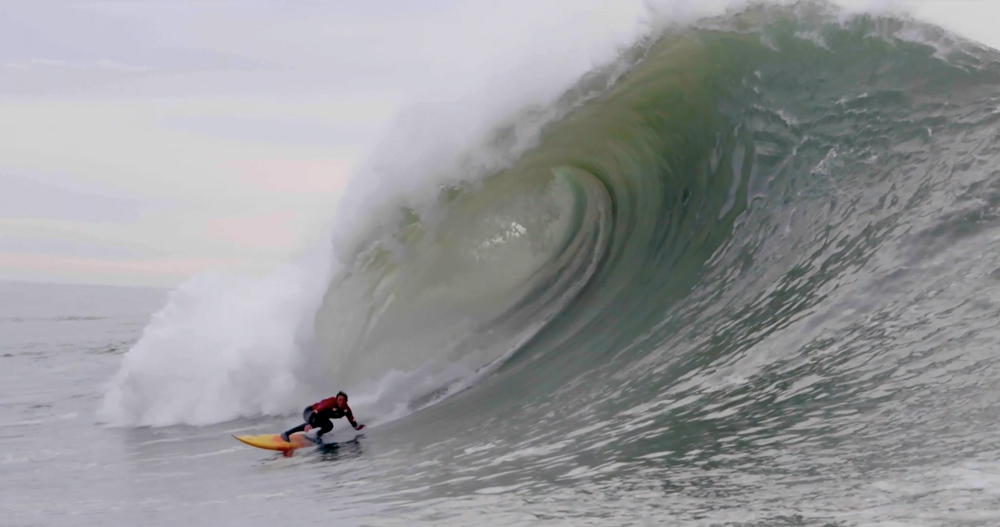 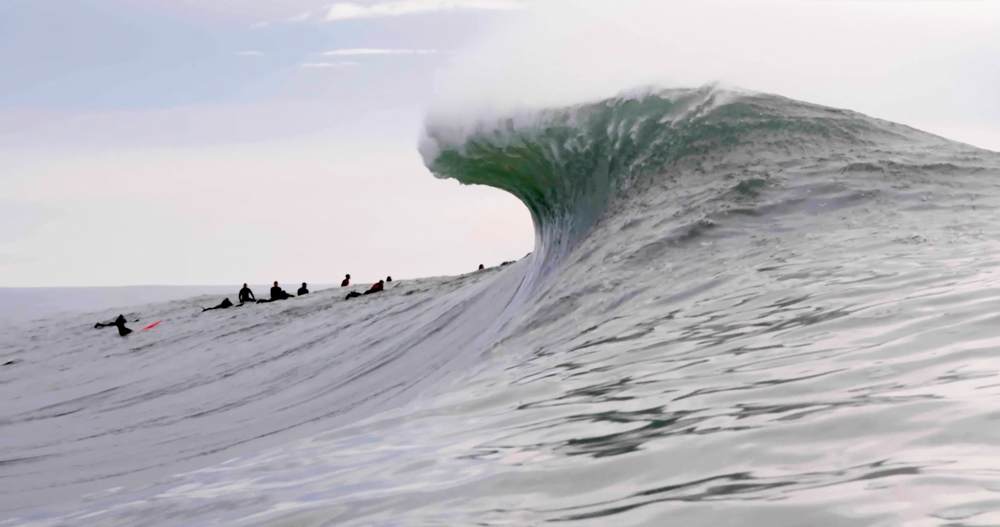 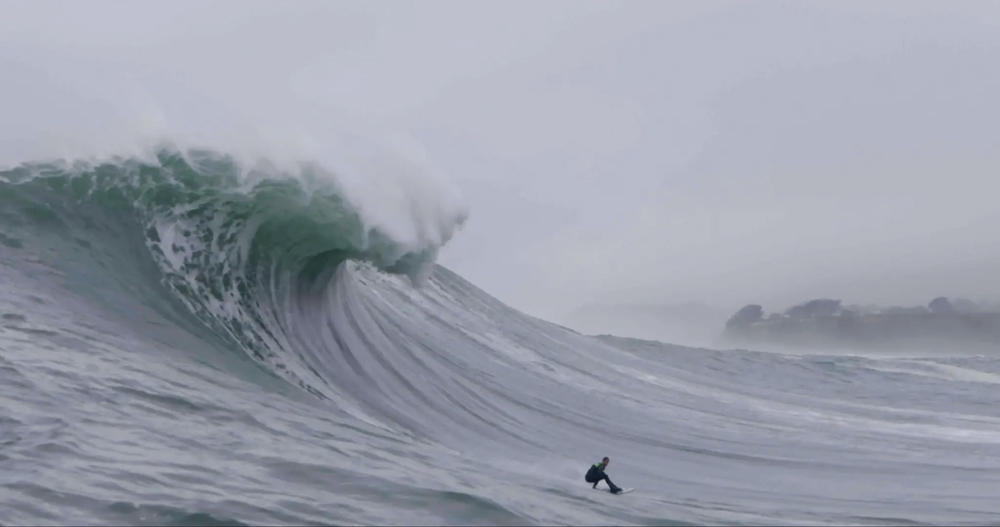 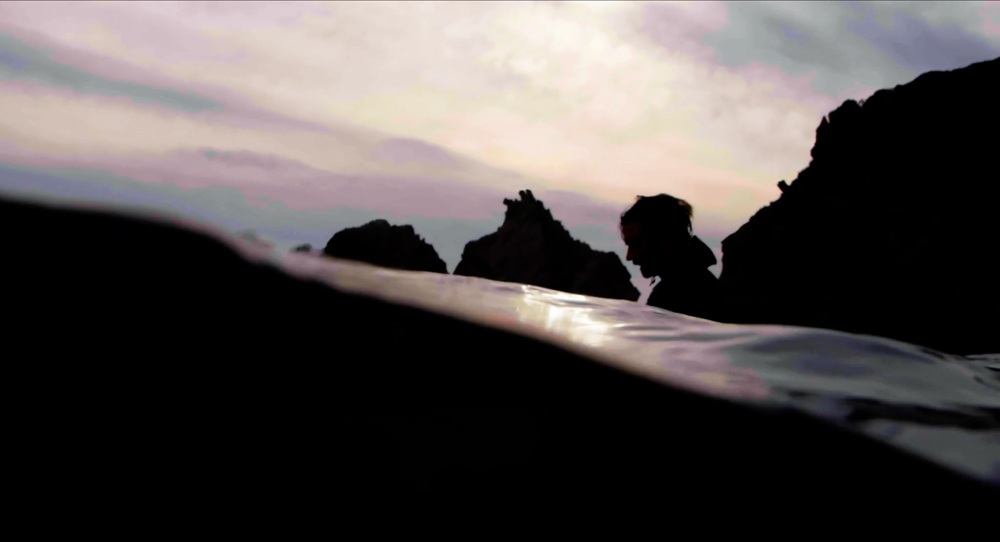