As a pro surfer in his 40’s and 50’s, surfer artist Tony Caramanico won numerous championships in five countries, including Japan and Costa Rica. Still surfing today in his 70’s and continuing to be sponsored by major companies, Caramanico currently lives in Montauk, NY with his wife Charlotte. When not in the water, where he is locally known as ‘TC’, he spends his days creating collages of his illustrated journals based on a lifetime in the water.

Surfing has been Caramanico’s life. Joel Tudor surfboards manufactures his model, as did Greg Noll, Channin, Surftech and Phoenix in the past. Prints from his illustrated journals - for which he was mentored by the late Peter Beard, another Montauk legend - have been created in some of the world’s most beautiful places and are displayed in museums, shows and galleries from St. Barth’s to Montauk’s own Surfing Museum.

In 2020, Caramanico was inducted into the East Coast Surfing Hall of Fame, the first year that inductees were chosen by the public and not by the powers in charge. This honor comes with the criteria for "having made the most significant contributions to the sport (of surfing), thereby preserving its historical significance and the sport's cultural lore for future generations."

"It's a sense of freedom. It's athletic but soulful. It's hard to say it's this or that -- it's a sport and a lifestyle. It's been my life,” says Caramanico who continues to mentor young surfers in the Montauk area.

A salty dog to say the least, here are a few of Tony Caramanico’s original collages from his journals and his surfing lifestyle. These pieces are also available in limited prints. 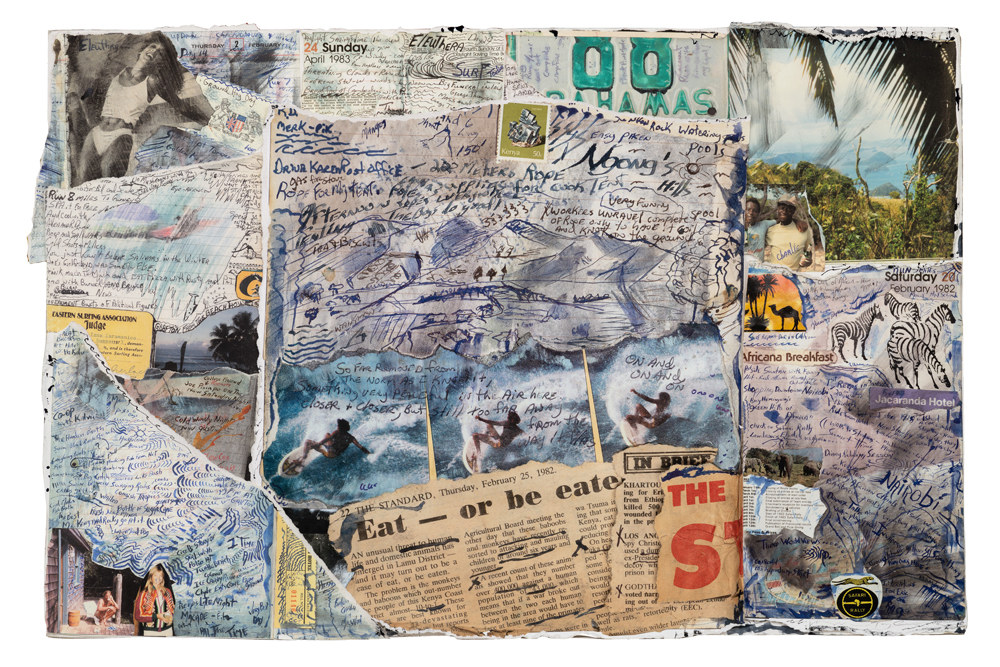 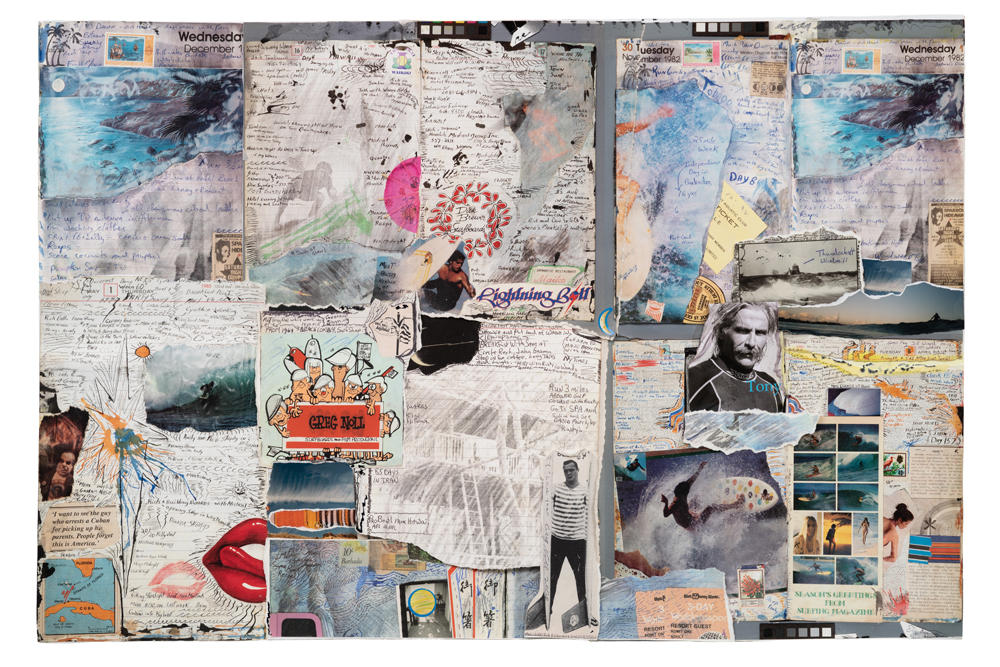