The Westside: 50 Years to Life

“Are you still doing the, ah, surfing?”

If I had a Starbucks token for every time I’ve been asked that question over the years, I’d be head high in latte by now.

“Yeah, I am still, ah, surfing,” I answer, with more than a hint of resignation.

I politely leave out the rest. The truth is I’ve been in the surf, one way or another, for over fifty years of my life. Nearly deaf in my right ear. Left knee blown out. Both hips replaced. Half my big toenail, victim of a stubborn footstrap, gone for good. Countless chunks of flesh have been carved from various parts of my body, thanks to a life in the sun. Over the last fifty years I’ve been knocked down, stitched up, run over and almost drowned. Still surfing.

Nine cars and three trucks have lived a long and productive life, cruising up and down the West Coast with me, only to die a damp and rusty death. Countless surfboards, sailboards, bellyboards and stand up boards have been ridden, then sold or cast aside. I’ve used up piles of fins, a barrel of paddles, miles of leashes and hundreds of wetsuits. I’ve beaten up, broken or simply worn out thousands of dollars worth of stuff since 1969. Who’d have guessed that on my very first day, lamely bobbing in the surf as a grom, that I’d be in the ocean for the rest of my life?

There are stories of friends made and lost. Some I’ve surfed with season after season, for five, ten, even thirty years. Suddenly, they vanish. Some quit, others died. New friends show up like gang busters, talking the talk, all the right gear, all the cool logos. Then poof, next season they're gone, their “like new” equipment hawked on Craigslist, a four-mil wetsuit getting crispy in a two car garage. I’ve started and ended one marriage and more than several long term relationships and surfed through them all. Now that’s love.

The surf has taken me to places unseen by most tourists. No maps are needed to bushwhack my way to unlock Baja's secrets. My lifetime of travels have been limited to the coastal edges of the countries I've visited. My car has been seen at surf spot parking lots longer than some rocks. I could drone on about the land and cliffs up and down the coast, and the ways they’ve been reshaped by man, nature or both over the decades. I could tell you that since 2008, I surf on a stand up board full time now. Still listening? I’ve got stories galore of being in, or on, the ocean.

“Sure, I still surf almost everyday, but I ride a stand up board now,” I reply, knowing the details do not make good cocktail party chatter.

I wait for the inevitable question. "Is riding a SUP in the waves still considered surfing?"

Between bites I answer, “Hey, have you tried the spicy tuna rolls?” Time to steer them, and the conversation, back towards the pu pu platter.

”HELL YES, IT'S SURFING! You get hit by the lip on an eight foot day and try to tell me it’s not surfing", leaves them about as flat and speechless as they’d be if I had just dipped my Nutter Butter into their glass of Pinot Grigio. "Hold onto your fork, there’s pie”, just works better.

Over the last few years, like myself and fine wine, stand up paddling has aged. The radical 360 spinning, big board heros of 12 years ago have dropped from the radar of cool; their board colors fading into the obscurity of a watery tequila sunrise. Mainstream media has found other sports more extreme for hawking mass-market consumer goods. Windsurfing got bumped, its luster buried beneath big wave surfing (Red Bull), skateboarding (Monster Energy), snowboarding (Rockstar) and wingsuit BASE jumping (GoPro). Stand up paddling has been demoted to mostly lifestyle promo ads. Hollywood models, paddle backwards, blissfully gliding along promoting vitamin supplements is the new normal. Bragging about my bitchin’ new stand up board creates about as much excitement as announcing that I just peed in your lap pool.

Don’t get me wrong. Today’s stand up surfing is nothing like its big board pastime. SUP surfing now, with its air game and tiny boards is as radical as ever. Your SUP surf star of 12 years ago would have a heart attack even trying to stand on the micro stand up boards the pros ride today.

I can’t say that I’ve aged gracefully over the last 50 years, but a daily dose of fun sized waves and a slathering of a good sunscreen sure helps. I’m four years past being eligible for the senior discount at Denny’s. Hopefully, I’ll still be dripping saltwater out of my nose and onto my Grand Slam, replaying the day’s best waves in my head, for many years to come.

So yeah, after 50 years, thousands of hours on the water and almost as many mishaps, I’m still, ah, surfing. 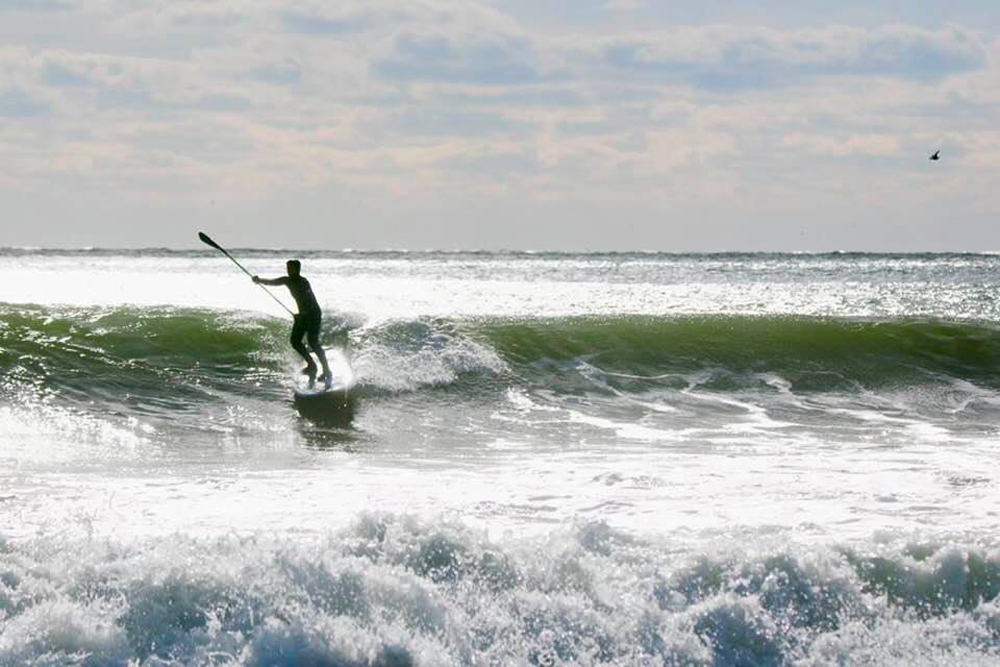 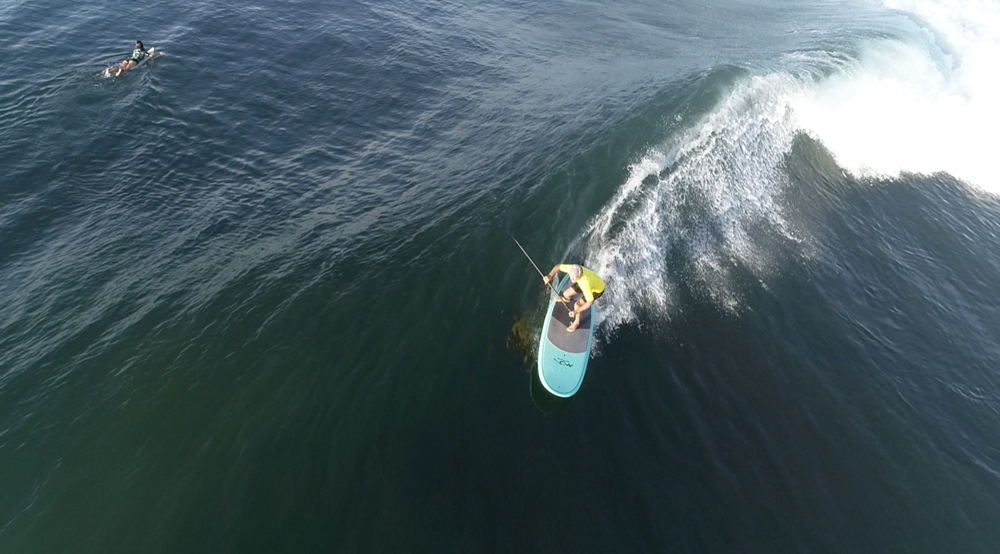